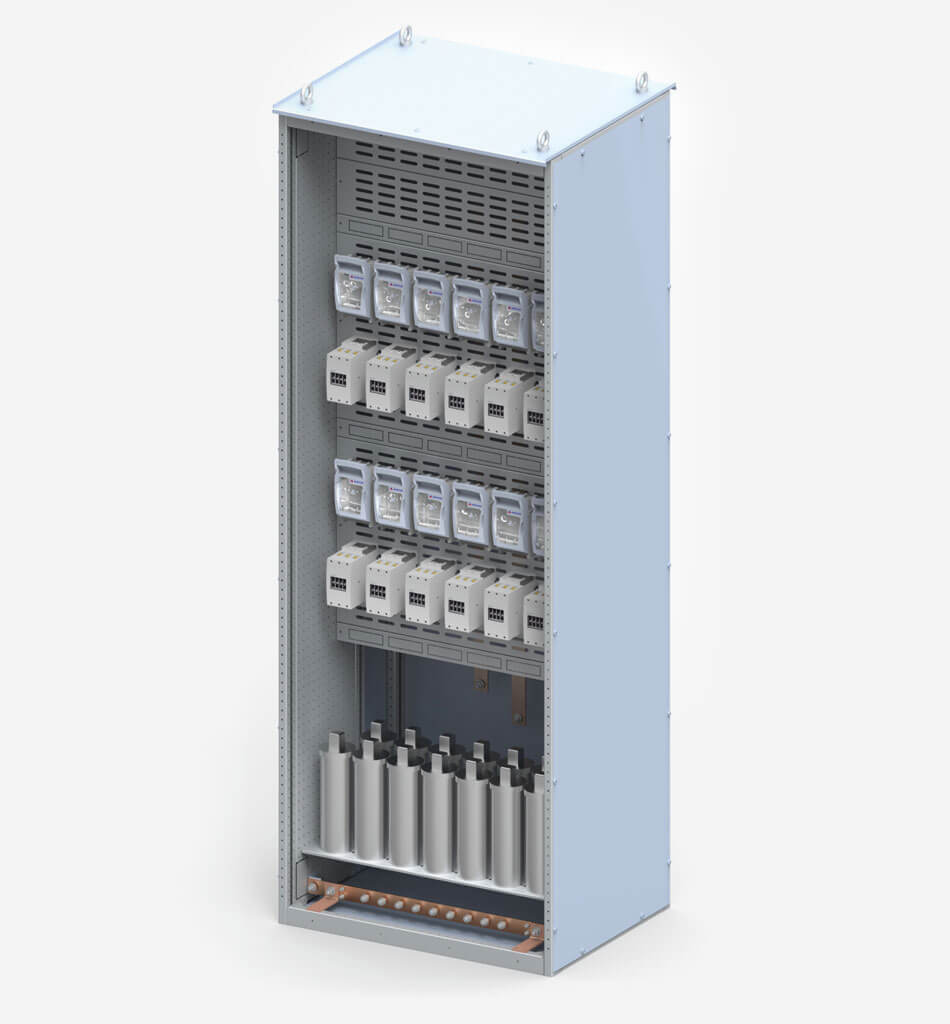 The transmission of reactive power in a power grid system reduces the quality of power grid parameters and increases payments for electricity. The ZPUE S.A. company provides solutions for inductive and capacitive reactive power compensation, such as:

There are three levels of reactive power compensation: 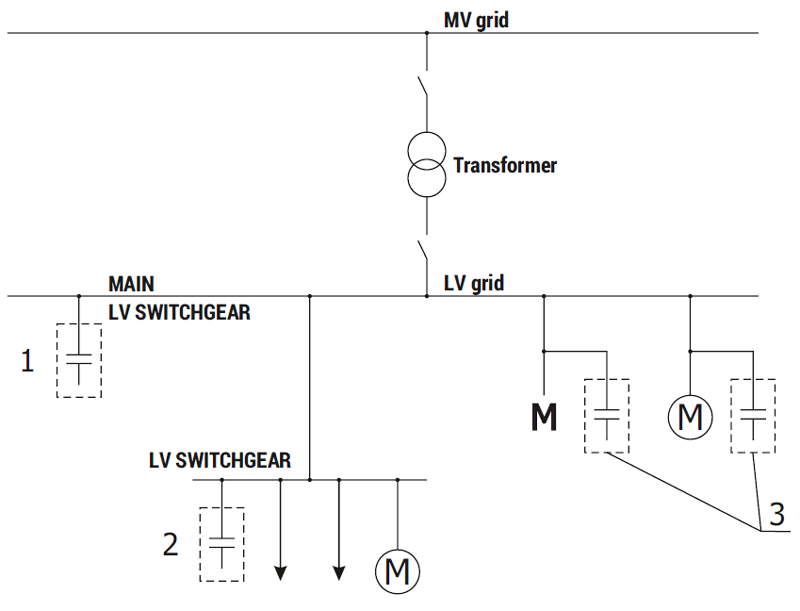 The share of reactive power in total power consumption is determined by two coefficients. The first is the power coefficient cosφ, which is presented in the relationship (1.1)

The closer to one cosφ is, the smaller is the share of reactive power. Energy suppliers usually use power factor tgφ in their settlement contracts. A power factor tgφ was received from the relationship (1.2)

The closer to 0 tgφ is, the smaller is the transmission of reactive power. Based on the obtained tgφ and the demand for active power an approximate capacitor bank power may be obtained. The QBat bank power is established from the relationship (1.3)

Where tgφ — power factor required by the energy company. 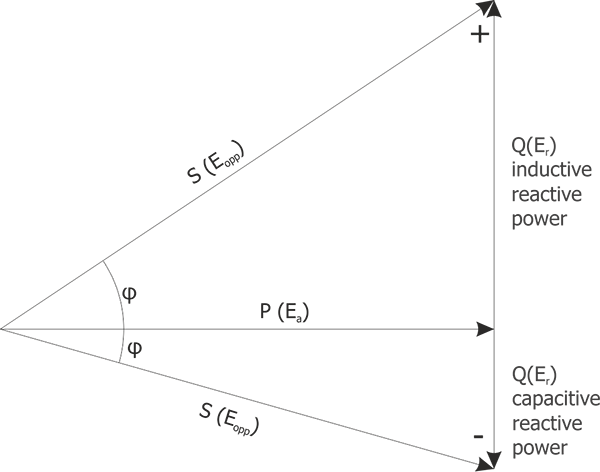 Note!
For the correct selection of a capacitor bank it is necessary to perform electrical grid measurements at the facility.

Protecting the capacitor bank against adverse impact of harmonics.

The use of rectifiers, inverters and frequency converters in state of the art electricity consuming devices often causes deformation of voltage and current, which changes their waveform so that it is no longer a sine wave. They include numerous harmonics, which are an undesirable phenomenon, shortening the lifetime of electrical devices. This phenomenon is particularly dangerous in a capacitor bank. Capacitor reactance decreases when frequency increases, which results in a high intensity current flowing through the capacitor and destroying it. In order to protect the capacitor bank against adverse impact of harmonics, protective reactors connected in series with capacitors are used.

The degree to which distortions are present in the grid (the amount of harmonics) is specified by THD (Total Harmonic Distortion). The type of capacitor bank protection is selected depending on THD value.

Capacitor banks made by ZPUE S.A. are identified by bank type symbol and enclosure type symbol 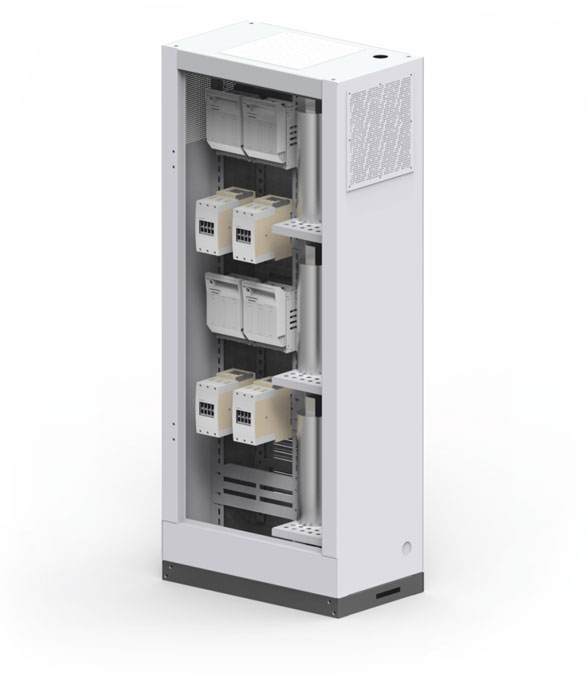 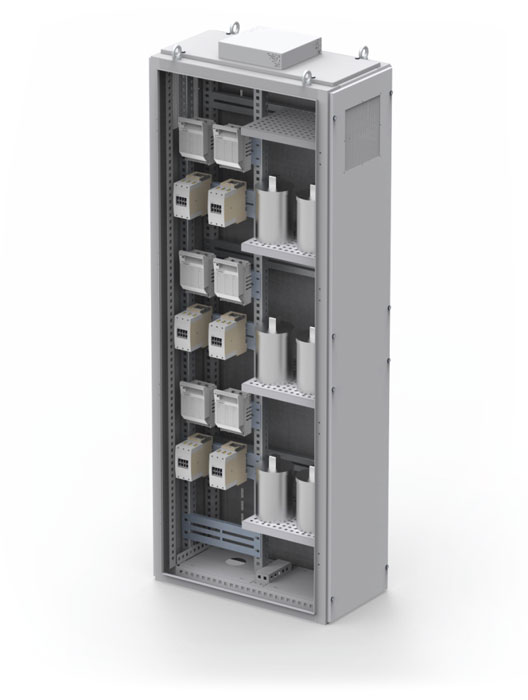 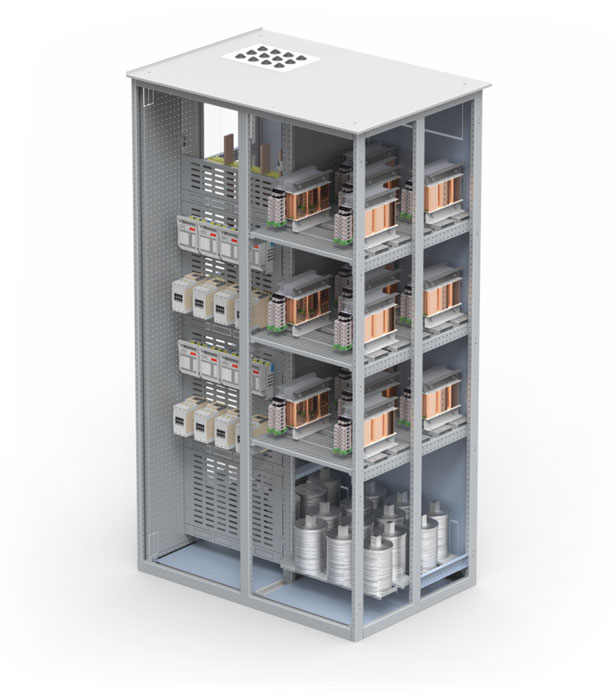 By using it, you agree to their use and data processing.