GPZ - Main Power Supply by a station MV which consists of high and medium voltage switchgear and power transformers. 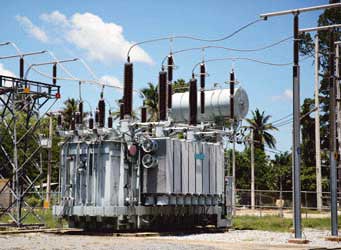 GPZ – main power supply point which is an electricity station, and supplies power to an MV network composed of HV and MV switchgears and power transformers.
ZPUE S.A., as a manufacturer of MV and LV switchgears and prefabricated concrete containers, has solutions in its offer that are dedicated to professional facilities, such as, modular, compartment MV switchgears of the primary circuits, which are characterized by high short-circuit withstand capability. Compartment division of the switchgear as well as a number of protections and inter-locks perform to an excellent degree of safety as well as easy operation. Another solution is LV switchgears, which are used according to the station’s own needs as signal boxes, battery rooms, etc.
Thanks to a wide variety of prefabricated concrete containers, ZPUE S.A. can fulfill even very complex substations projects. Many years of experience in designing comprehen-sive projects from precast concrete products and preparing stations in the factory prevent faulty assembly at the facility. The time of the station’s assembly at the facility can be shortened to several days even while realizing very complex projects. What is more, concrete modules prefabrication allows repeat projects to be performed, which significantly reduces costs and short-ens time. 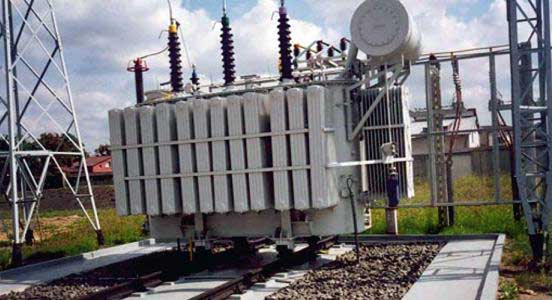 Each GPZ WN/SN is equipped with a transformer with nominal power from a few to dozens of MVA. In the event that a transformer filled with mineral isolation oil fails, serious environmental pollution may be a result. While designing and finding a location for the transformer, solutions preventing leakage of oil into the ground should be taken into consideration.
With this in mind, ZPUE S.A. has introduced prefabricated reinforced concrete founda-tions to its offer, on which power transform-ers are mounted. In case of transformer failure, the burning oil leakage is extin-guished, and then collected in a leakproof foundation.
The full set of the construction is composed of connected foundations, which form a system of linked vessels. Foundations are made from C35/45 class concrete. Each foundation is covered with reinforced concrete, a prefabricated plate, and perfo-rated steel bridging panels. Perforated steel panels are designed to enable rain water and transformer oil to drain freely into the interior of the foundation. At the same time they gather liquid that is hazardous for the environment.
The high power transformer is installed on rails. Standard S49 rails are set on the middle foundation wall. Taking into account the considerable weight of the transformer, it is slid into its position in the middle.

Notice:
Steel frame is not included in the ZPUE S.A. offer.