Transformer Station in metal housing type MRW 15-18 production ZPUE SA a Network of switchgear and transformers with a capacity of max. to 4000 kVA.

In MRw type stations all outer parts, including the roof, side walls, rain gutters, treatment, and station door are made from aluminum or aluzinc sheets covered with powder paint in accordance with the RAL colour palette. The colouring and type of facade are offered in the standard version as well as according to individual architectural requirements, taking into consideration all available means and materials which are used to finish metal surfaces.

The container frame is made from structural steel and protected against corrosion using paint coatings.
Leakproof foundations and transformer guide rails (mounted above) are installed in the transformer compartments. There are glands holes in the floor for leading MV and LV cables. MV and LV switchgear floors are divided and removable, making the cable assembly more convenient.
Ventilation is provided by louvres located on the station’s door and walls. The roof of the station can be additionally equipped with an external gutter system.

It is possible to make a discretionary variant of the station, in which the customer deter-mines a different shape of roof, treatment type, facade, door arrangement, etc. 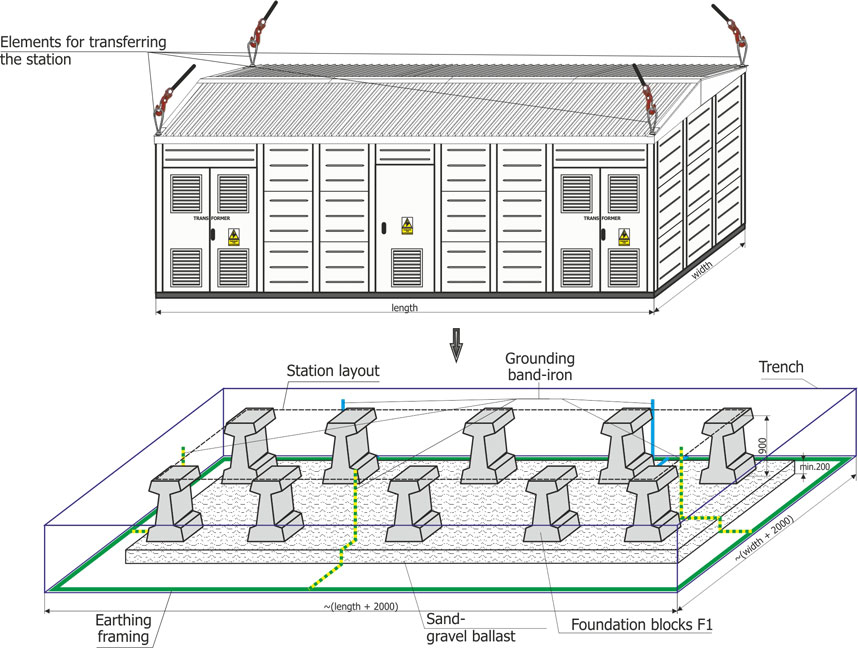